Jodie: "School are having a Roald Dahl themed dressing up day next week
Mum, what can I dress up as?"

Mum: "Well, you do love Roald Dahl stories and your favourite has got to bee
The Enormous Crocodile and how all the jungle animals save the
children from being eaten by the crocodile"

Jodie:  "That's a splendifirous story, shall I bee the baddy or the
goody?"

Mum:   "Well you could have lots of fun opening your mouth and showing
all of your teeth like a crocodile or you could bee the super hero
monkey or elephant and save the day"

Jodie:   "I definitely want to bee the crocodile but where will we find a
dressing up crocodile?"

Mum:  "That's no problem, I've seen Pretend To Bee have some animal
capes and they look so much fun and easy to wear... and yes, they
do have a crocodile AND a monkey, in fact, they have lots of animal
costumes to choose from; there's a Giraffe, and a fantastic
Mr Fox cape, ladybug and spider, which can all bee Roald Dahl's
characters"

Jodie:  (sounding excited)  "I can't wait for this dahlicious day, it's going to
bee so much fun!" 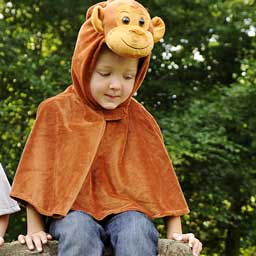 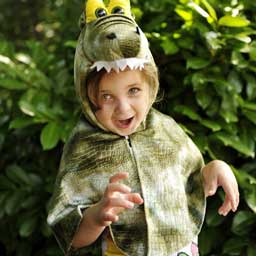 Set up a fun sight word activity for kids using simple DIY pirate gold doubloons hidden in a sand tray to make a treasure hunt!  Adapt this for letters of the alphabet for those learning their initial letter sounds, or numbers to create a maths themed focus instead.
Hands on, pirate learning fun for all! 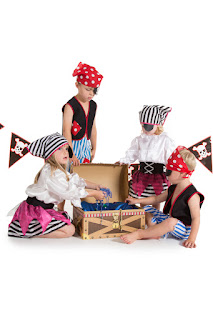 What you need
cardboard, gold paint, black permanent marker pen, tray, play sand, treasure chest, telescope, Pretend To Bee Pirate Dressing Up Costumes  http://www.pretendtobee.co.uk/character-costumes
What you do
Paint a large piece of cardboard with gold paint and leave it to dry. Then use a glass to draw around to create lots of circles for the gold doubloons. Onto these write some of the high frequency sight words found on the KS1 list, then cut them all out ready to play.( include similar ones so that they have to look closely to differentiate them all, e.g. “this, then, there, the”.)
Into a tray, tip a bag of play sand, then stand each gold doubloon word card into it, along with an empty treasure chest
How to Play
Tell the children that some pirates have hidden their ‘pieces of 8’and to look for each one as the word is called out and put them into the treasure chest before the pirates return! Use the telescope to help you!
Once the treasure game is completed ask the child to show you what is in the pirate treasure chest and read them back to you
Another challenge could be to put some of the words into a simple sentence with assistance if required
.
What they are learning as they play:
Literacy: recognising familiar words by sight, reading unfamiliar words using phonic knowledge, using simple words to build a sentence
Physical: using all of their senses while they play
Creativity: dressing up and taking on a role or character, playing imaginative games

Pretend play offers the opportunity to have fun and try out being someone else, and also develops lots of important early learning skills. Here are some easy ideas you can use to set up your pretend-play building site 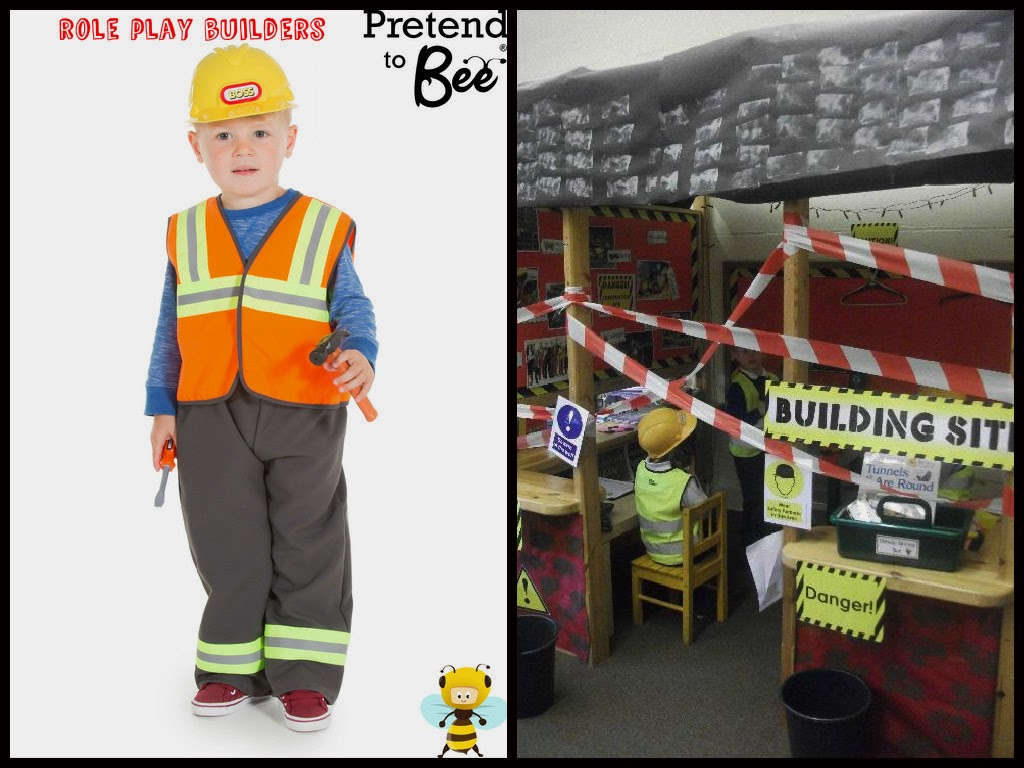 Welcome everyone to our new blog page. We hope you enjoy the read. 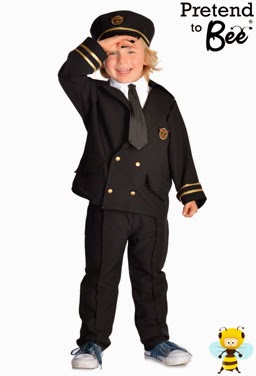